Today we  drove about 450 kms from Richmond, just south of Lexington, Kentucky to Bristol, a town that quite literally straddles the Virginia Tennessee border.  We took highway 421 which is as far from a highway as it can be.  This is a two lane back road (just like home!) through the mountains (hills), and it was a sad and beautiful trip.

The road is tree lined right to the very edges; it winds up and down valleys and over hills and through very broken down towns.  Mouldering houses, cars, mobile homes are being claimed back by the trees and undergrowth.  In some places what seems to be the entire contents of a home are piled outside.  We can only guess there's been a bailiff around. 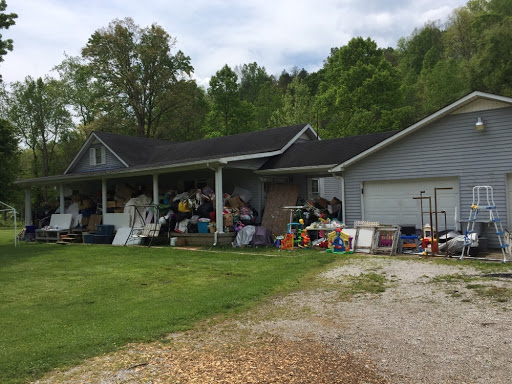 Every few miles there's a town or settlement.  From time to time there are well kept, sound houses with mown front yards,  but a greater proportion lack any sign of care or maintenance.

The common theme is a Guns and Pawn shop (or two or three) a second hand/junk shop, several Baptist churches and a whiff of desolation.

I'm not sure why I stop in Sand Gap when I see the Country Corner store as there's nothing to differentiate it from all the other places. It has furniture, general junk, some clothes, odds and ends of new things, and friendly dad and daughter proprietors.  We chat a while, I ask for the bathroom and am sent outside and down to the cellar - with a key ring that holds two bullets. 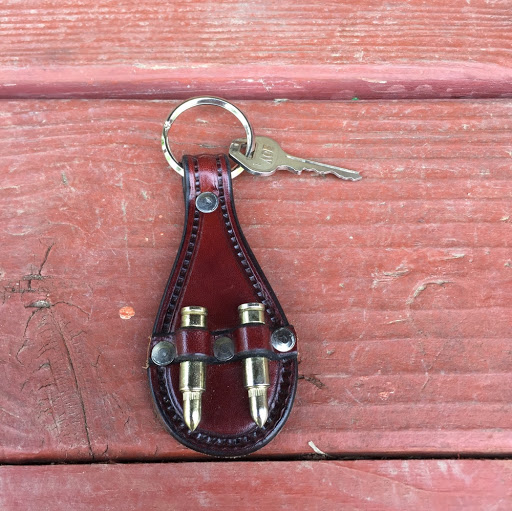 I unlock the padlock and walk through a cemetery of appliances.  I circle the dank cellar and don't see a toilet.  What the?  There it is!  In the wide open, but hiding behind the shell of a washing machine.  Yes, it's connected and it works. 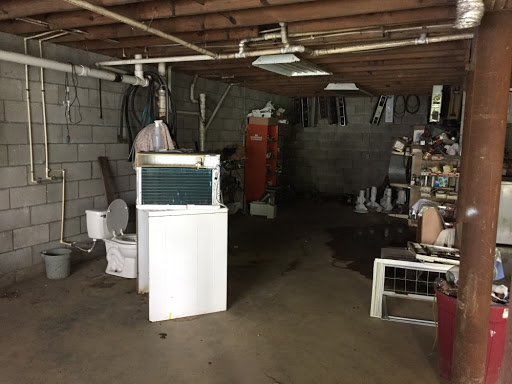 Back upstairs I find the h-g playing checkers with the dad.  "All day, regulars come and play for hours" the daughter tells me.  "The only one who whops him is an 85 year old who comes in every day".  The h-g gets his ass whopped. 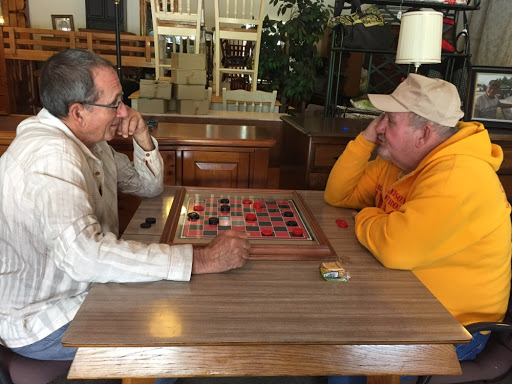 It's lunchtime.  We stop to find a diner in Harlan, mainly because we are fans of the show Justified and it's set in and around Harlan.  We don't see  our hero Raylan Givens, but we learn a few things.

As we don't see a diner we walk the few streets.  A lovely lady in a flower shop (yes that was a surprise, though it seemed to have a lot of wreaths) tells me Pat's is officially the place for the best burger in Kentucky.

Next door the h-g is chatting to the crew in Guns and Pawn.  The room is lined with rifles, there are fewer guitars, some crossbows, lots of jewellery.  While we're there, a woman comes in.  She's politely waiting for us to stop shooting the shit and astounding the staff with the fact we're from New Zealand and have turned up in Harlan.  I'm not entirely sure they know where New Zealand is.  The  woman, dressed in a shapeless shift could be anywhere from 30 to 60. She smiles a toothless smile and I watch her open a small box of gold (coloured? plated?) pieces and the shop guy sifts through them.  It's only then I understand she's looking to pawn her few precious pieces.

It puts into context the conversation I've just had with the staff.

Me: What do people do for work?

"Well, it used to be coal mining, but the environmentalists made it too hard and closed that down. Now it's cheques."

This folks, is why people here voted for Trump.  When you've got nothing and someone offers hope, you believe him.  Even if he's lying.
Posted by Happy Cook at 00:25 No comments:

And they're off for the 143rd Kentucky Derby

How many Uber drivers does it take to work Kentucky Derby weekend?  I don't know, but it is somewhere close to a shitload.  Over three days we take 9 or 10 Uber trips and only one driver is local.  The rest have come in from all over, with one guy driving three hours from some place in Ohio.  You'd have to really need the dollars.  Uber pays them a guaranteed $900 if they make 45 fares over the weekend.  That isn't even over and above what they make, it's rounded up.  And still we walked for a hour after we left the races before we could get a ride!

The Kentucky Derby, like the Melbourne Cup, is "the race that stops a nation".  Here in Louisville - pronounced Looville in case you weren't listening - every first Saturday in May for the past 143 years, 150,000 or so people have flocked to Churchill Downs racetrack.

It's not always so much for the racing, as while this is a day of ceremony, elegance and tradition, it comes with a southern fried helping of decadence and depravity.

The official drink is a Mint Julep, which is pretty much all Bourbon and more Bourbon with a sprig of mint. The dress code is, well, dress to excess.

For women, that's the biggest hat you can find, and at the glamorous end they pay between $500 and $5,000 for these confections - a simple fascinator (or fornicator as I've heard them called) just doesn't cut it.

For men it appears to mean dressing like a complete dork.

On Oaks day (day before Derby day) fashion took a back seat to warmth and dryness as it rained all day and the temperature hit a high of 47C - that's about 8C!   My pre trip research led me to

pack a silk dress and sandals for the usual range of 75-80F (23-27C).  As luck would have it, a later part of this trip will see me in the Italian Alps so I had merino at hand!  And how fortuitous I'd bought cowboy boots in Nashville (I had to! We were going line dancing).

Rain boots, riding boots or any kind of boots and raincoats were required.

Along with a long list of other things (guns, knives, nappy/diaper bags unless accompanied by a child) umbrellas are forbidden.

I've never seen track conditions officially described as "sloppy" but sloppy is a very accurate term for the meeting.

It rained non stop for Oaks day, but by Derby day the rain abated to showers and the temperature rocketed to a positively tropical 62F/16C.  I was down to three layers and boots!

The Run for the Roses, as the Derby is known, doesn't take place til about 6:30pm and there are 11 races in the lead up.

It's all a matter of pacing yourself through the day.  It's fair to say not everyone knows how to pace themselves.

Did we make money? I walked away a little bit better off. Did we have a good time?  Sure did, despite the weather.  Would we go again? Well, we probably wouldn't fly thousands of miles for it but it was well worth the once in a lifetime experience.