What goes on tour stays on tour

At 61 years old, I never expected to be sent to the naughty step.

That, and a little bit more happened on the Dolomites walking trip my friend Sue and I took after our days at Lake Garda.

We chose Right Path Adventures on the promises of their website http://www.rightpathadventures.com/ which states it's a luxury walking tour (and it would want to be at the price - $3,495US which puts it at nearly $5,000NZ) taking limited numbers, with "custom trips available for all ages, skill and fitness levels". Along with promises of world class cuisine, wonderful hotels, no single supplement, and no hidden costs, what's not to like? It promises one of the best weeks of your life. 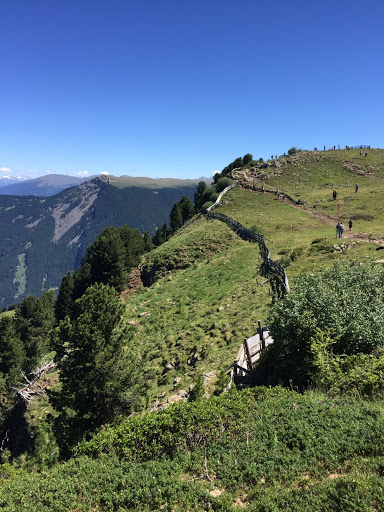 The owner and guide, Gary Scott, certainly knows the Dolomites and has set up great relationships with restaurants and hotels in the region.  The mountains are fabulous; the scenery breathtaking; the walks enjoyable, if challenging, in places; the hotels charming (but by no means luxury); the food is delicious regional cuisine.

There are only five of us on the trip with Sue and I being the slowest, in part because Sue had been suffering from a large blister.  However, in our naïveté we were taking "all ages, skills and fitness levels" literally.

It would have been helpful to have more information about the walks each day.  Where were we going? How long was the walk? What sort of terrain, for example did it start up the plateau off? Or undulate?  What could we expect to see?   We hadn't received anything before the trip so expected a daily briefing at breakfast (where's Gary?) and debrief afterwards at dinner (where's Gary).  But Gary was like the Scarlet Pimpernel - hard to find. 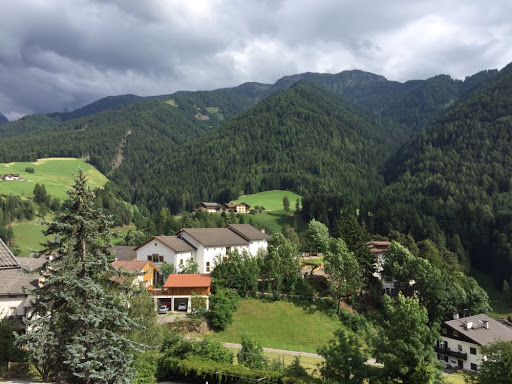 But Gary likes to do things his way, and they aren't with the group.  He joined us for dinner the first night but never again, either at breakfast or dinner.

You know when you give feedback at the end and people say "why didn't you say something at the time so I could've fixed it?"   Well I had the temerity to give a Gary the above feedback after day three, and that's when we got sent to the naughty step.

He told us in no uncertain terms he wasn't going to change the way he did things, he had 1,000s of satisfied customers who gave him big tips, people came back again and again and they didn't need an itinerary, he'd been successfully leading trips blah blah blah. Long diatribe short - he was throwing us off the trip and dropping us at Cortina.

There are worse places to be exiled.