I wasn't going to write about Washington as it feels there's more than enough of it to go around at the moment.  Alternative facts and all that.

However, here is a brief account,  with the help of the rest of the vowels.

E is for excellent free things to do.  There's a large number of museums and building tours available: art, currency, history, politics, civil rights, women's rights, war, space, flight, archaeology, and on and on, all generally free.  We barely scratch the surface and do not even try to cover what we'd like to see.  We have three and a half days people, and a half day was taken up with the Capitol (Saturday so no politicians around) and my favourite, the Jefferson Building of the Library of Congress.  This may just be the most beautiful building I've ever seen.

I is for I can't walk any further.  Washington is made for walking: it's comparatively low rise so feels quite open especially with the wonderful Mall, bounded at one end by the Capitol and the other by the Lincoln Memorial.  We find one of Smokey the Bear's staff, a Park Ranger whose parents didn't think it through when they named him Kellen Allen, at said memorial and he gives us an excellent tour explaining the symbolism of the construction and decoration.  It's all about unity after the Civil War 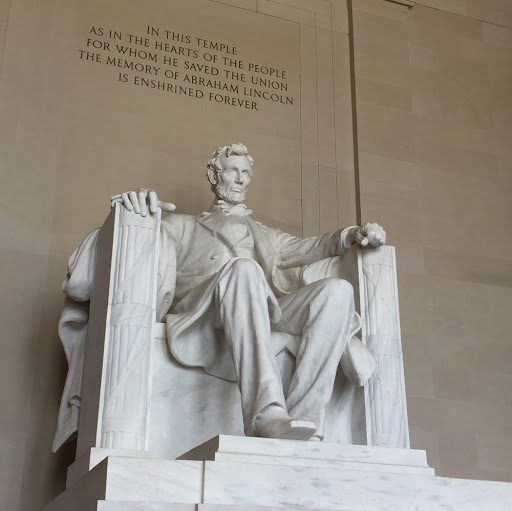 Three things in one day

U is for you really need weeks to appreciate the beauty, the expanse, and the vast offerings of Washington.  It  really needs a nicer person to be in charge.